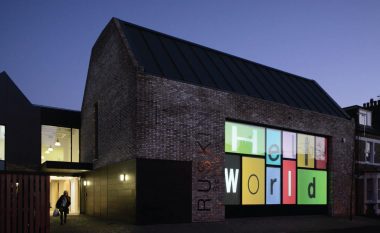 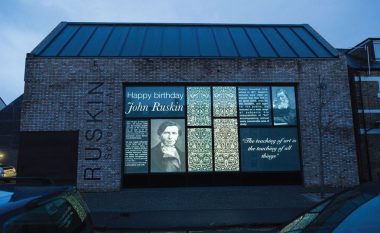 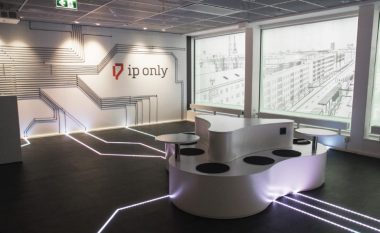 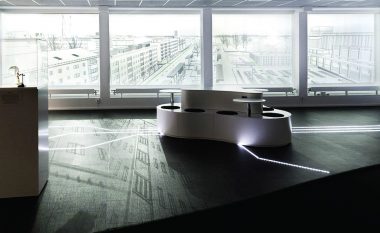 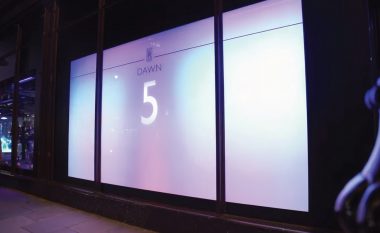 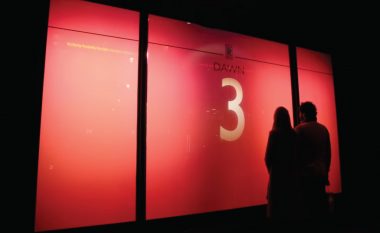 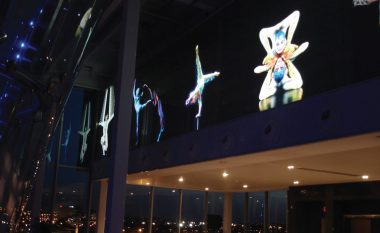 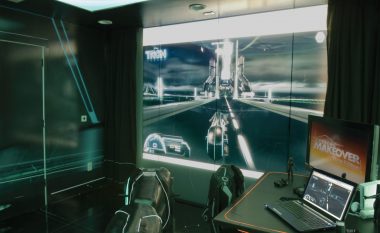 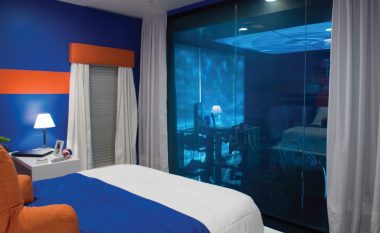 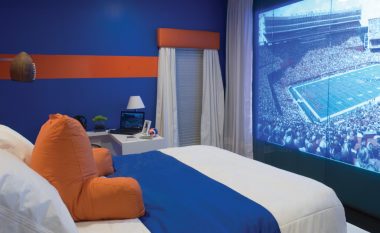 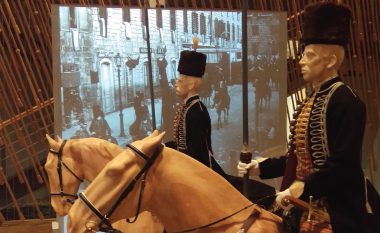 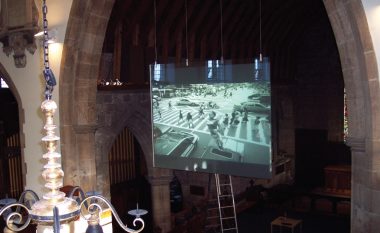 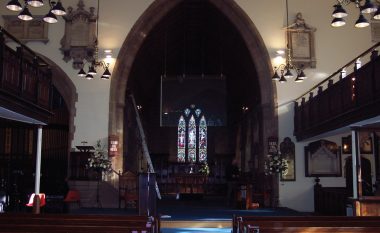 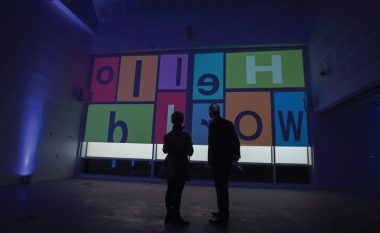 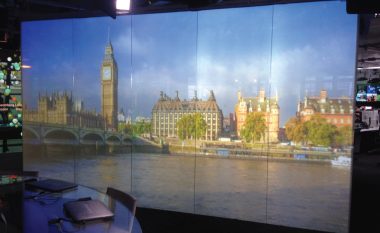 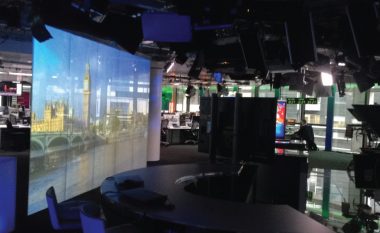 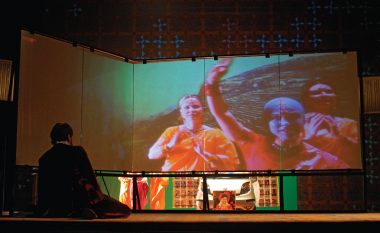 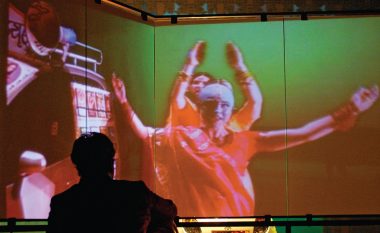 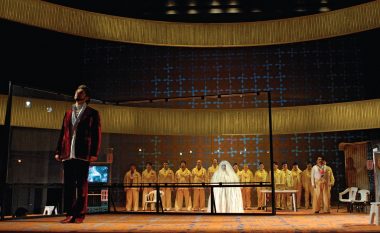 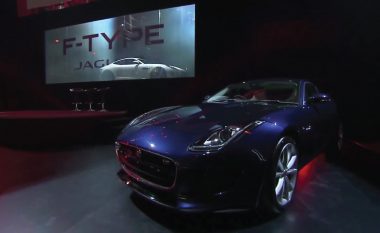 Switchable Projector Screen which switches from frosted to clear on demand

Our next generation Smart Glass technology is the ultimate solution for visual display. The technology works on an electrical principle transforming from frosted to transparent with a simple press of a button. A Switchable Smart Glass Projection screen supports 4K/HD rear projection with a front projection version also available.

This product is available as a glass or lightweight acrylic in a range of standard screen sizes with custom sizes and thicknesses available on request. There’s no need to worry if your glass is already in place, our Switchable Smart Film offers the perfect solution for retro-fit installations. Switchable Smart Film comes complete with a self-adhesive static cling liner meaning the film can be installed to glass in minutes without the need for any water.

FROSTED TO CLEAR IN SECONDS

The glass can be installed like standard glass in a frame or suspended from the ceiling on cables whereas the peel and stick film option can be retrofitted to existing glazing using a sign fitting squeegee. When turned off, the film is frosted while applying power polarizes the light crystal layer transforming the film to transparent.

The product can be switched using an RF remote control, standard wall switch or a home automation system can be used for control via a Mobile Phone or Tablet app. 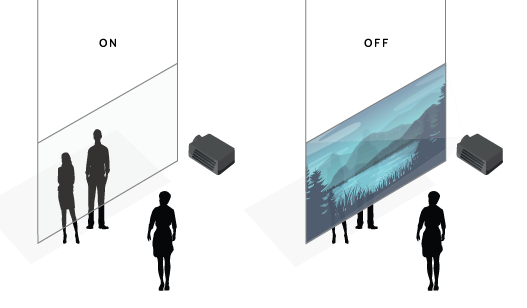 Smart Glass Projection Screens have a minimalist look that integrates well with both contemporary and traditional interiors and has been specified for a wide range of applications including retail store windows, live events, exhibitions, museums, art galleries, offices and churches to name a few.

Our Switchable technology is also incredibly popular for use in Churches and other religious buildings, as they can be used to display content for the service when necessary then switched to transparent when not in use in order to not detract from the Church’s architecture.

Intelligent Glass, part of the Pro Display group, supplied its self-adhesive switchable smart film for the launch of the new Rolls Royce Dawn Drophead Coupé at Harrods London. The windows of the world’s most luxurious retail store were fitted with switchable smart film, projected onto with a tension-building countdown every three minutes, then slowly turned from frosted to clear to reveal the Rolls Royce Dawn.

Our Switchable Smart Glass is also available as a touch screen using infrared touch frame technology to create a full interactive solution. Standard screen sizes are available in screen sizes from 65” to 134” with custom sizes available on request up to 4m x 1.8m.

Our Switchable Smart Film is the perfect choice for applications where the glass is already in situ. Simply install the film to glass using the self-adhesive layer and project images and video from behind the glass using a projector. Standard screen sizes are available from 42” to 120” with custom sizes available on request up to 4m x 1.8m. Custom front projection options are also available.

Smart Film provides a versatile glass screen projection display for more functional environments that require a projection display but also wish to maintain the option for transparency. Our Switchable Rear Projection Screens are most commonly used in shop windows, creating an engaging display to appeal to passing traffic and introduce them to your brand.

This technology has been cleverly used before with luxury jeweller, Anil Arjandas, using our switchable film on their store front allowing passers by to see the jewellery on offer during opening hours, but once closed the film was switched to frosted to create a HD/4K projection advertising display that also added a layer of security and theft deterrent to the store itself.

Smart Film is also a brilliant way to build momentum for product launches, a brilliant example of this being our project with Rolls Royce, where switchable film was applied to the prestigious windows of Harrods. The Switchable Film was connected to a timer, working alongside a projected countdown on the film that caused audiences to gather outside to see what would be revealed when the timer ran out. When the countdown ended the film would switch from frosted to clear, with the projection stopping to reveal Rolls Royce’s newest model in all its glory. 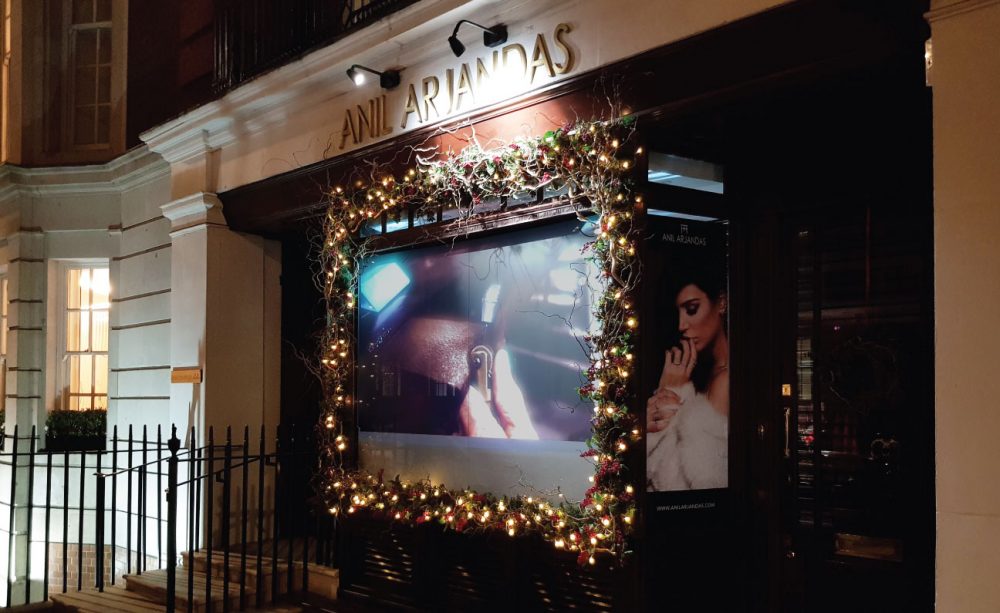 WHERE CAN I USE SWITCHABLE GLASS SCREENS?

Switchable glass screens are a great display choice for a wide range of environments including retail, museums and live events.

One of the most popular uses for our switchable projection technology are product reveals, offering the illusion of a standard projection screen until the display “disappears” revealing the latest must have products. Whilst these provide great theatrical effect in live launches and events, integrating a switchable film projection screen into a window display is a great way to gather crowds like in the launch of the Rolls Royce Dawn at Harrods.

CAN SWITCHABLE GLASS SCREENS ONLY USE REAR PROJECTION?

Whilst our standard switchable projection technology utilises rear projection, we can also manufacture Smart Glass Screens for front projection applications that can also be used as a dual image projection screen.

WHAT ARE THE BENEFITS OF SMART GLASS PROJECTION?

Smart Glass projection offers versatility that cannot be achieved using alternative projection and even LCD technology. Switching from frosted to clear in seconds your projection screen can literally “disappear” making it the perfect choice for window displays or glass partitions that can be easily adapted and still transparent at times.

The theatre in using a Switchable Projection screens can offer a simple yet engaging feature to exhibitions, museums and visitor attractions creating a more memorable experience for visitors by combining digital and physical displays. Our smart glass can also be used as an effects screen when the glass is switched to clear, producing a holo-effect for more aesthetic applications.

Most of the switchable projection solutions we manufacture are bespoke, whether they are made to measure for a storefront or custom designed for a car sized display case.

Our smart projection film can be made is custom sizes/ratios up to 3000 x 1500mm with the option to join multiple pieces to create larger projection walls. Our rigid switchable glass screens can be produced in single panel sizes up to 5000 x 1800mm.

CAN YOU PROJECT ONTO SMART GLASS?

Smart glass can be projected onto, with your best results achieved by using switchable film or toughened smart glass projection screens as you project directly onto the switchable layer as opposed to through a layer of glass first.

Alternative smart glass technologies like laminate and double glazing could be used but is not recommended as this affects the quality of the image. 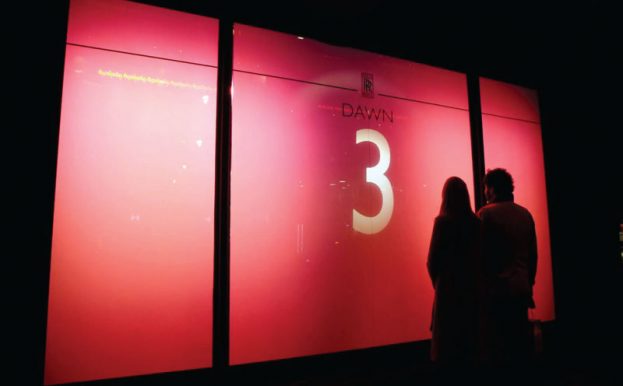 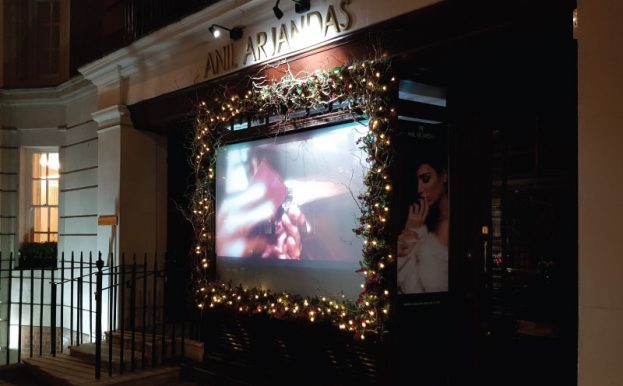 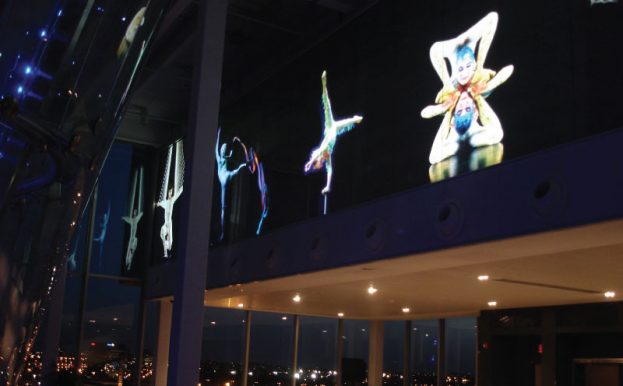 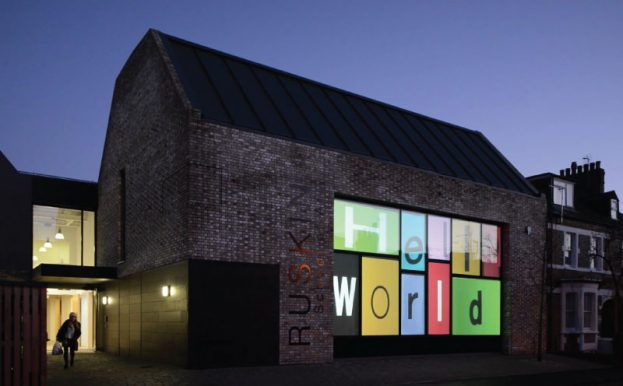 Helping the Creative be Creative 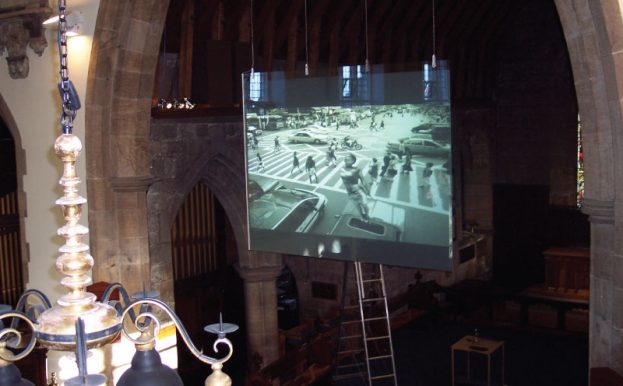 Visit the Pro Display blog to see more case studies and project inspiration, or better yet sign up to our newsletter here to get our latest news delivered straight to your inbox.

We manufacture in Britain and ship worldwide – if you need further information, a pricing quote, or want to discuss ideas for using our Switchable Smart Glass Projection Screen please click the link below to contact us, email us via info@prodisplay.com or call us on +44 (0)1226 361 306.

Switchable Projector Screen which switches from frosted to clear on demand

Our next generation Smart Glass technology is the ultimate solution for visual display. The technology works on an electrical principle transforming from frosted to transparent with a simple press of a button. A Switchable Smart Glass Projection screen supports 4K/HD rear projection with a front projection version also available.