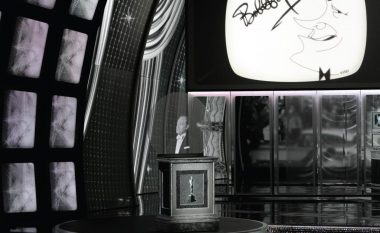 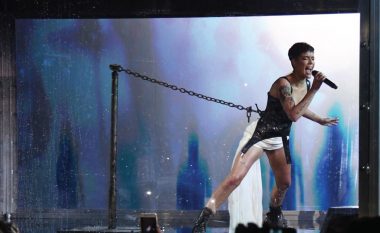 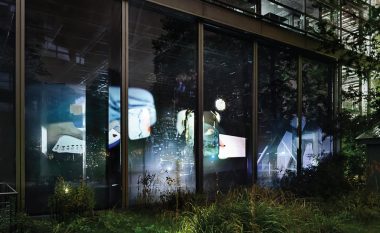 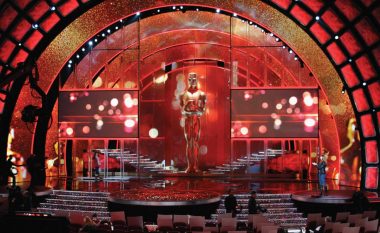 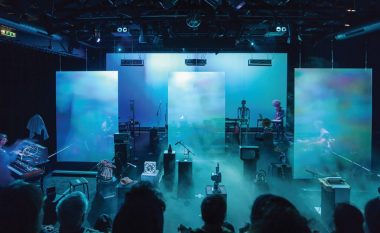 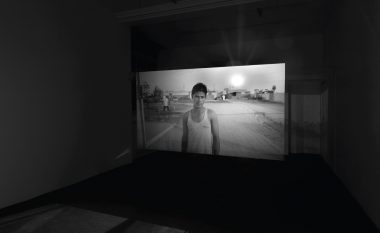 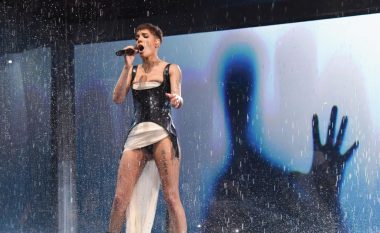 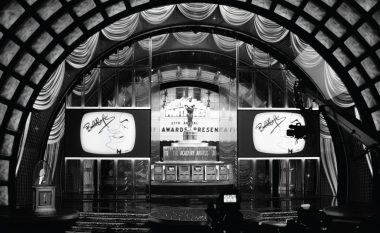 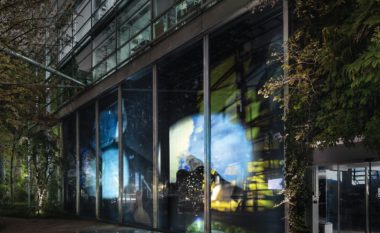 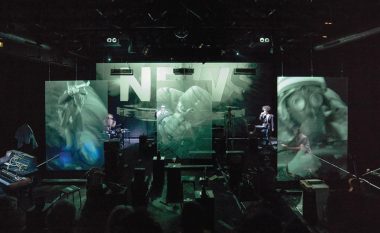 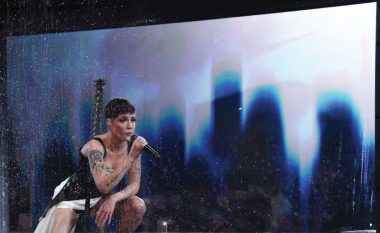 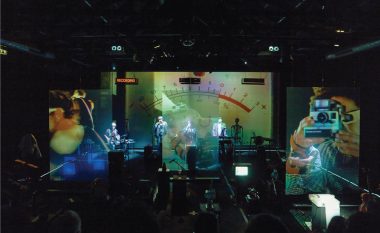 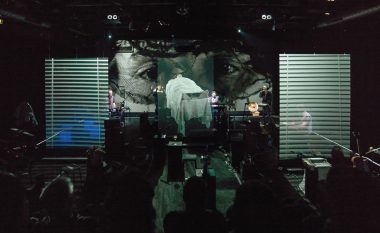 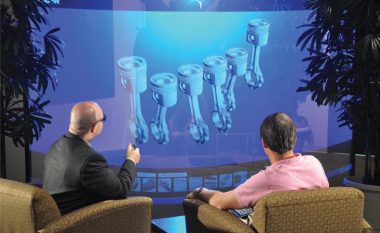 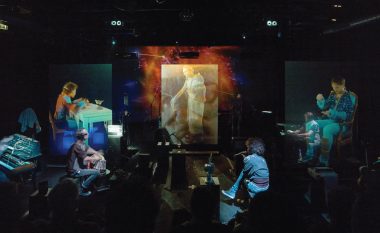 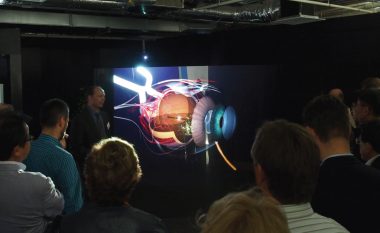 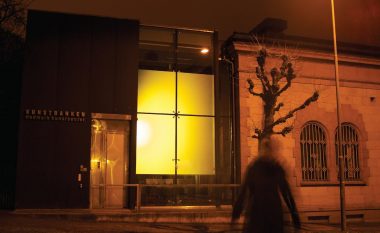 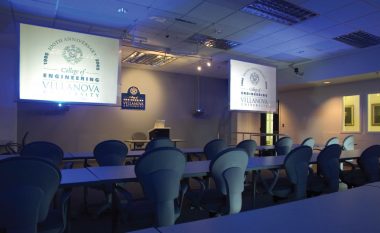 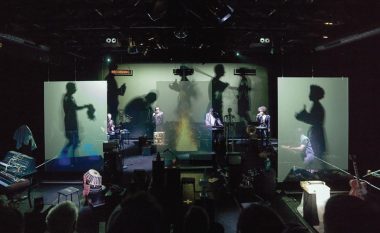 Clearview rear projection screens offer a lower-cost alternative to competing holo technologies. With superior performance, definition and no critical angle of projection, these amazing screens still allow visibility through the surface displaying bright, sharp and vibrant images even in brightly-lit environments. Clearview rear projection screens are available in standard screen sizes from 32” to 134” with custom sizes available on request up to 3m x 2m. Custom glass options are also available.

HALSEY AT THE MTV EMA AWARDS

2018 saw one of the most creative uses of Clearview yet, as part of Halsey’s live performance of ‘Without Me’ at the MTV EMAs. In this stunning music performance, we see Halsey on stage in a transparent box which is utilised more as a projection screen backdrop over the duration of the song.

LEARN MORE ABOUT HALSEY AT THE MTV EMA AWARDS

Clearview rear projection film offers the same transparent floating in mid-air effect as our rigid Clearview option but as a self-adhesive film which can be installed to glass or plexiglas (acrylic). The film simply installs with water and a sign fitting squeegee transforming your existing substrate into a transparent 2D holographic display. Standard screen sizes are available from 32” to 120” with custom sizes, 10m and 30m rolls (1524mm wide) available on request.

CLEARVIEW ON THE SILVER SCREEN

Not only are our holographic screens popular for up-close applications, we’ve also supplied our holographic rear projection screens for several movie projects as a more realistic alternative to CGI technology, including  James Gunn’s Guardians of the Galaxy Vol.2 (Marvel Studios, 2017) and the sci-fi thriller,  Transcendence (Warner Bros, 2013).

Transparent projector screens are sure to catch attention with their minimalist design, creating an image that appears to float in mid-air just like in the hit movie Minority Report! This clear holographic projector film produces exceptional visual effects whilst taking up minimal floor space, unlike some of the competing hologram projector technologies, meaning you could create a stunning 4K holographic display effect with as little as a 3mm thickness screen.

Clearview Transparent Projection technology in Guardians of the Galaxy

There have been numerous high-profile uses of our Clearview holographic projection technology, many of which being on-stage applications for events with millions of viewers, as seen with the 83rd Academy Awards (Oscars) or Halsey’s performance at the 2018 MTV EMA’s. Our transparent holographic rear projection film can also be easily applied to any existing glass or acrylic surface to create a pepper’s ghost style effect, whether it be bringing Hollywood legends back to life or providing a backdrop for one of the world’s most popular artists.

Holographic Effect Rear Projection Film
CAN A PROJECTOR SCREEN BE SEE THROUGH?

Whilst it may seem like a thing of the future, transparent projection screens not only exist but are extremely popular within the audio visual industry.

In controlled lighting environments these screens produce eye-catching 4K/HD quality content, even using black colours to create the illusion of a floating image.

HOW DO YOU PROJECT ON TRANSPARENT GLASS?

Projecting onto a transparent rear projection screen is no different to using a standard rear projector screen.

Our transparent projection screens are manufactured with a slight tint that diffuses the projected image across its surface to produce a high quality picture.

WHAT IS HOLOGRAPHIC PROJECTION?

Holographic projection can create either 2D or 3D projected images that require no other equipment like cameras or glasses to be seen.

Holo effect projection can be achieved in many ways including with transparent projection screens, mirrors and 3D holographic displays.

HOW TO CHOOSE THE RIGHT HOLOGRAPHIC TECHNOLOGY

When choosing the right holographic technology the two most important things to consider are the scale and budget.

With holographic technology still far behind what’s depicted in sci fi films, using a holographic projection screen is often the most sensible option when compared to the lucrative 3D hologram technology on the market due to its cost effectiveness and simplicity.

HOW CAN I USE A TRANSPARENT PROJECTOR SCREEN?

Transparent projection screens are incredibly versatile due to the high quality image they produce, making it much more than just an effects screen.

Our Clearview transparent projection film can be applied to windows to create a transparent shop front display, alternatively our rigid screens can be suspended to create the illusion of a floating screen or even used to create a hologram of the late Bob Hope, like in our award winning Oscars project. 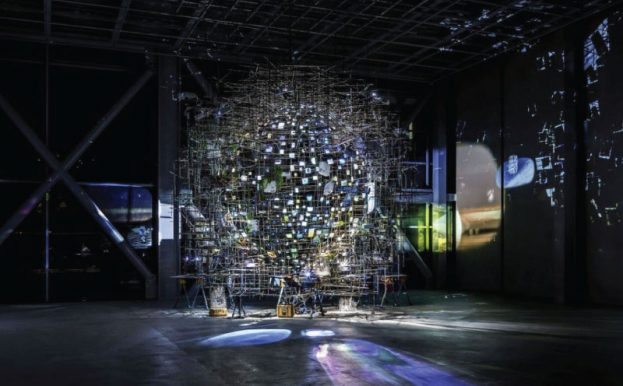 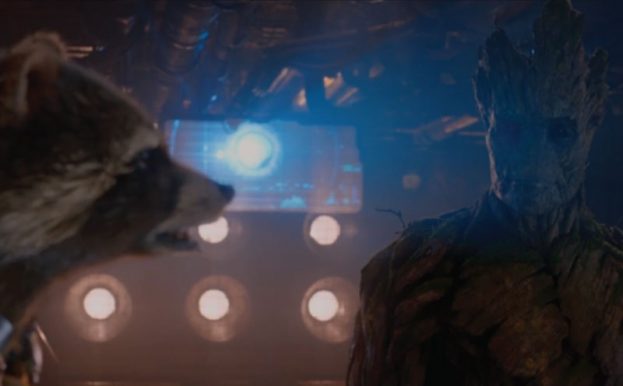 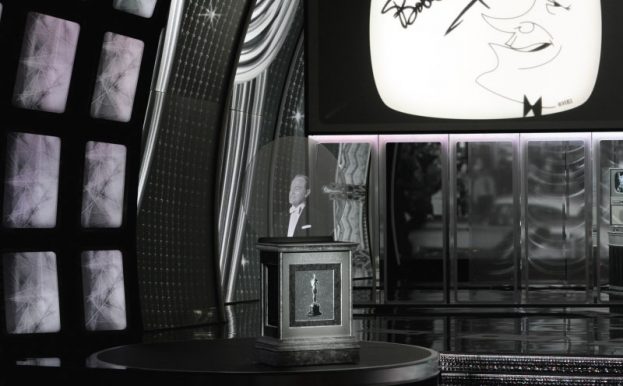 What Is Holographic Projection? 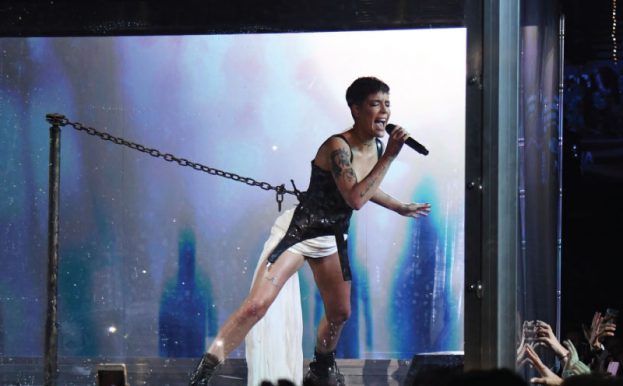 Getting a ‘Clearview’ of the Stage 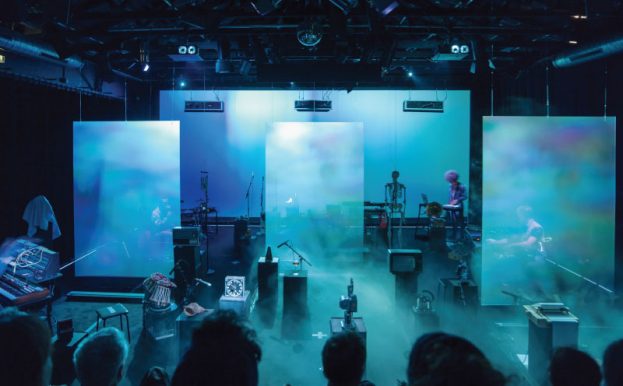 Clearview is the clear choice for pulp.noir stage set

Visit the Pro Display blog to see more case studies and project inspiration, or better yet sign up to our newsletter here to get our latest news delivered straight to your inbox.

We manufacture in Britain and ship worldwide – if you need further information, a pricing quote, or want to discuss ideas for using our Clearview Holographic Display click the link below to contact us, email us via info@prodisplay.com or call us on +44 (0)1226 361 306.