Transparent projection screens are sure to catch attention with their contemporary design, creating an image that appears to float in mid-air just like in the hit movie, Minority Report!

To top it off, these transparent front projection screens are dual image, meaning they display the projected content onto both sides of the screen providing an eye-catching centrepiece for any museum or visitor attraction. The UST projector can be hidden above or below the screen allowing the screen illusion to be appreciated from all angles.

Pro Display’s expertise in the projection industry positions us to be able to offer a wide range of custom front projection display solutions, including custom shapes and sizes as well as large scale front projection holographic projection screens. Our Clearvision front projected holographic display is also available as a self-adhesive film, which can be retrofit to existing glass or Plexiglas including external facing windows, to create hologram style images that appear to be on the outside of the building. The Clearvision film is a great way to transform windows into a display for indoor viewing whilst still offering an appealing effect from the exterior, ideal for galleries, museums and retail window displays.

There have been numerous high-profile uses of our Rear Projection alternative, Clearview, many of which being on-stage applications for events with millions of viewers, as seen with the 83rd Academy Awards or Halsey’s performance at the 2018 MTV EMA’s.

For rear projection applications, our Clearview Rear Projection Film produces a 2D Pepper’s Ghost image. These screens use up minimal floor space, with the setup allowing for free movement in front of the screen without affecting the image. These displays also provide an effective 4K holographic display for a fraction of the cost attached to the more cumbersome alternative holographic technologies on the market. 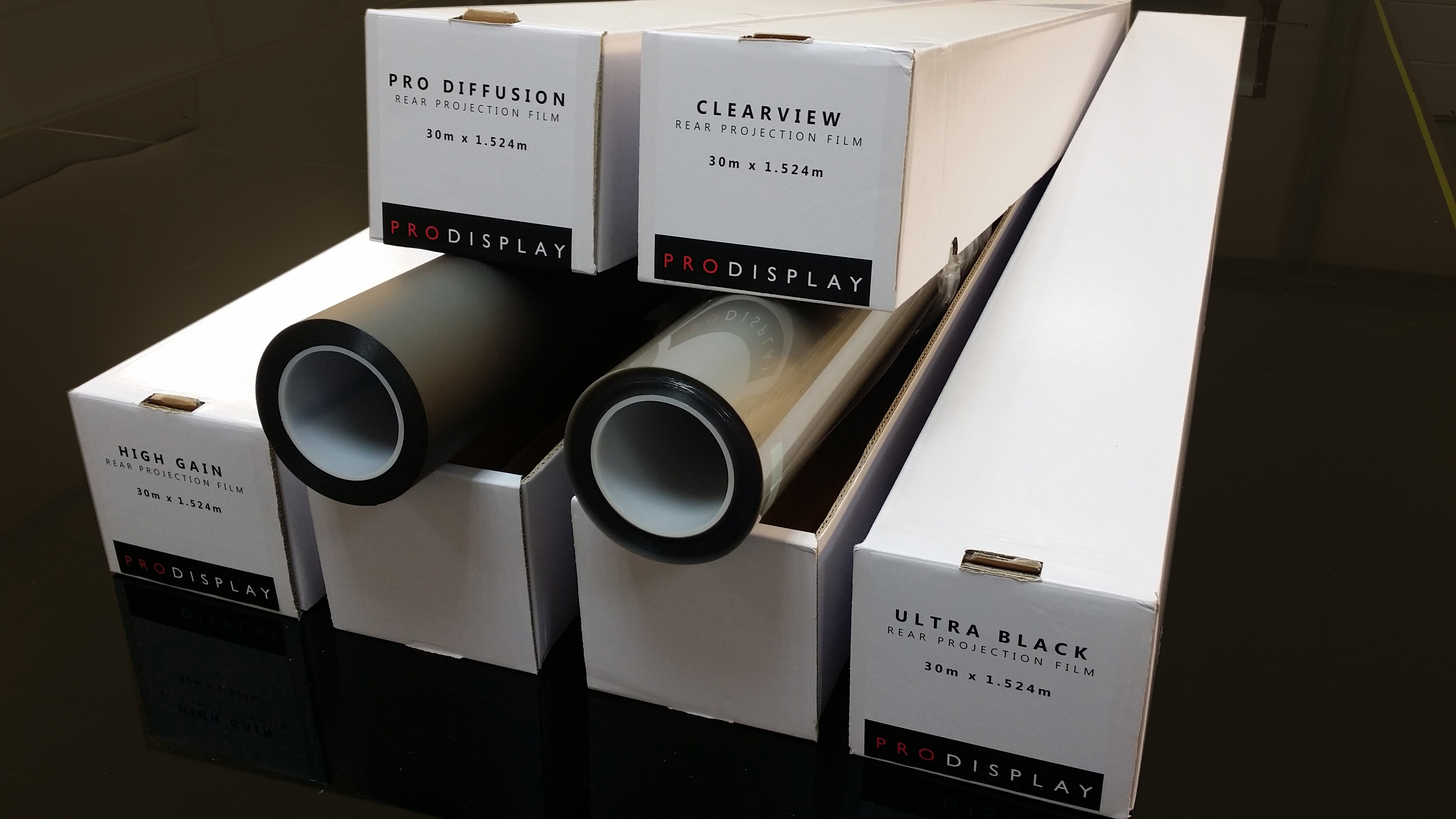 – Can be easily applied to either glass or Plexiglas

– Available per linear metre off the roll (width 1524mm)

We manufacture in Britain and ship worldwide – if you need further information, a pricing quote, or want to discuss ideas for using our Front Projection Transparent Screen please complete the form below, email us via info@prodisplay.com or call us on +44 (0)1226 740 007.