We’ve certainly been busy recently here at Pro Display, with plenty of projects going on behind the scenes.

Here we’ll guide you through some of our favourites with a detailed look at some of our more eye-catching projects—ranging all the way from residential Mirror TVs, to Transparent LCD Screens, to commercial Digital Glass.

Mirror TVs—reflective optical mirror glass that has a secret, a built-in smart TV—are quickly making their mark on 21st-century interior design. When the TV is off, it looks just like a regular mirror. When the TV is turned on, however, 4K and HD quality images appear as if by magic. If you’re looking to spruce up your residential space, combining both aesthetics and functionality, then mirror TVs are a great choice.

We recently supplied a client with six bespoke, high-reflective 43” Mirror TVs. We worked closely with them to create the perfect solution for their home—even sourcing a unique frame for the order so that the screens could integrate seamlessly into their existing interiors. 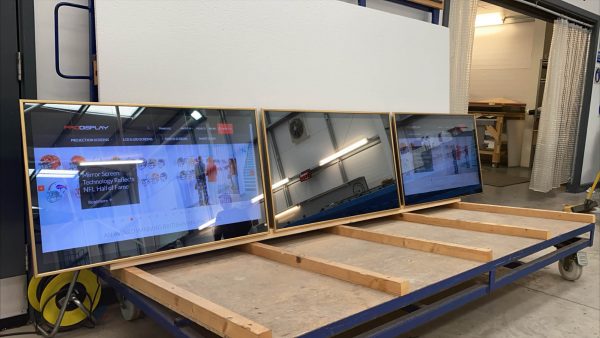 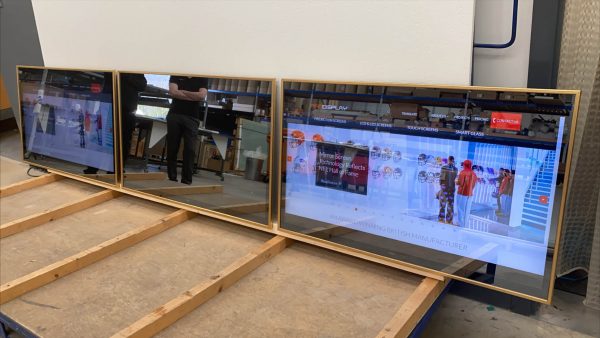 What better way to spend a summer evening than sitting outside in the evening sun and watching a film on a big screen? Fortunately, for one of our customers, this dream-like setting became a reality thanks to our Dual-Image 155” Projection Screen. But there’s more. Given that our dual-image screen provides a crystal-clear image that’s viewable from both sides, they have the best of both worlds—they can sit outside in the summertime, but when temperatures plummet later on in the year, they can also watch the screen while relaxing inside.

For this particular client, the screen was installed in the interior of their home just in front of the existing bifold door system leading out to the garden. This transformed their space, allowing them to truly make the most out of their garden in the summer months. 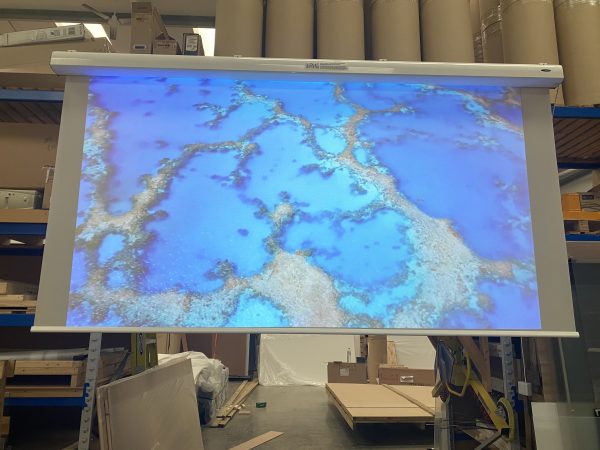 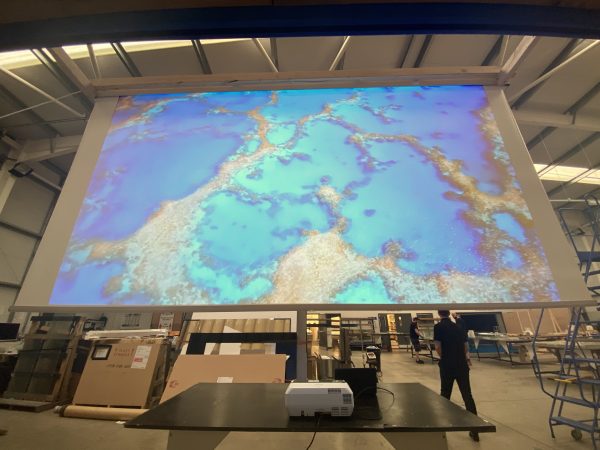 Nike needed something special for their newest (and largest) House of Innovation yet—so they came to Pro Display for help.

Having given us an initial concept for the display, we set to work on producing nine Transparent LCD screens. We worked in tandem with their team to break down the mechanical challenges involved: pinpointing the best light source to use and identifying where to store away all cables without compromising the minimalist design.

In the end, we produced something quite special. Unlike traditional Transparent LCD screens, the nine that we produced for Nike sit away from the wall with no surrounding housing—resulting in maximum impact. In order to still produce the same crystal clear, HD content, however, Nike opted for a powerful white light behind frosted abstract panels. This, combined with the oversized design (when compared to the screen’s bezel), allowing the screens to work with maximum functionality, with more impact than the usual standard housed applications. 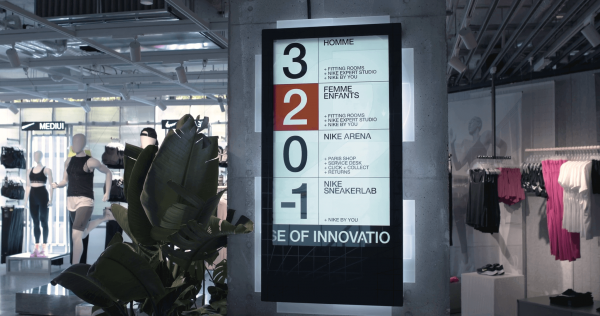 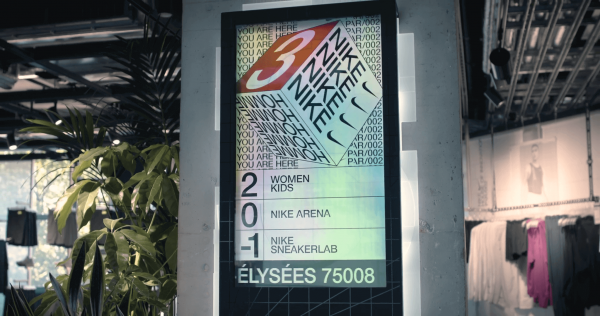 We recently shipped an Outdoor, 7.168m x 5.12m LED Screen to Saudi Arabia to be used as a scoreboard/advertising board at an outside sports facility. Due to its sheer size, we were unable to fully assemble it within our warehouse for testing—instead, we had to test the screen broken down into 5 rows of 7 modules.

This is far from our first LED project, with our early innovations including the introduction of the first full-colour LED screens into Europe in the 1990s and LED Perimeter systems in the early 2000s. Previously we’ve provided an LED Perimeter Advertising System for the King Fahad Stadium In Riyadh, to be used during a prestigious match between Manchester United and Al Hilal. Our LED Perimeter System provided a high-quality, vibrant, advertising space for the 65,000 fans present. 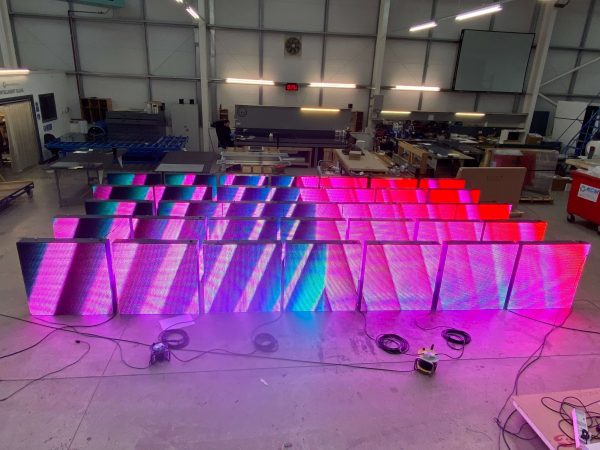 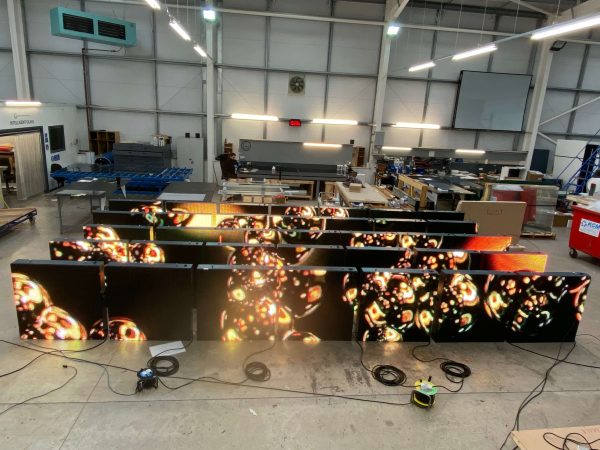 Create your very own wow factor

If you’d like help creating an eye-catching project of your own (whether for commercial or residential purposes) then don’t hesitate to get in touch with your requirements.