We’ve seen our Clearview Film, a transparent rear projection solution, used in many unique ways over the years from Hollywood film sets to impressive stage shows, but none quite as intriguing as this. American artist Sarah Sze returned to the Fondation Cartier pour l’art contemporain in Paris to hold her 2nd solo exhibition at the venue, Night into Day. Sze was intent on returning to the Fondation Cartier because of the building itself citing:

“I’ve always loved this building; I think it’s a masterpiece. When I installed there in 1999, I spent like a month in it, so I really know it. It has a very strong language, and you have to engage with that language, so it becomes a conversation. In my first show I wanted to turn up the play in the building, to show that it is playing with us. This time I’m using the building as a machine, an image maker, co-opting the building as almost like a camera itself.’ 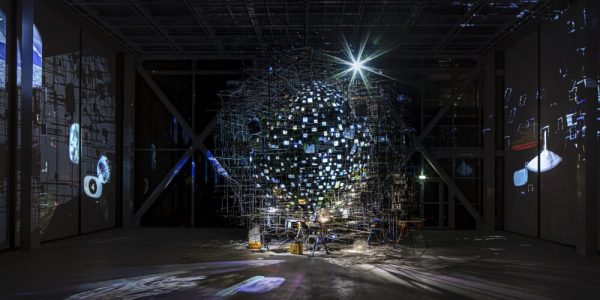 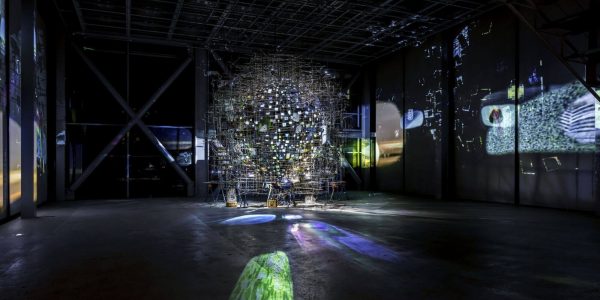 Running from October 24th 2020 to May 30th 2021, Night into Day showcased pieces from her Timekeeper series. The physical centrepiece of the show was Twice Twilight, the ‘suggestion of a sphere’ defined with torn paper, photographs, and debris, held together with bamboo and metal rod scaffolding that was further enhanced with projected images. The gallery itself is practically a giant glass box that blurs the line between inside and out, Sze’s original sketches and concept art showed exactly how she wanted to use these facades to her advantage and amalgamate them into the installation. 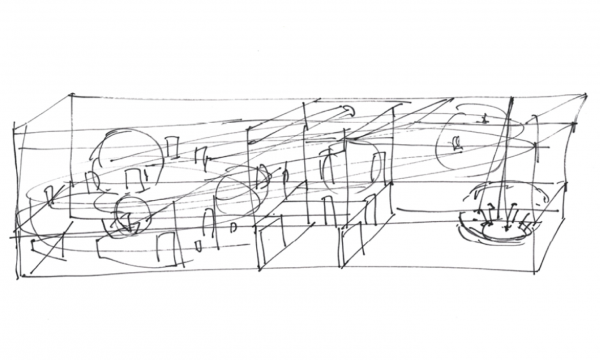 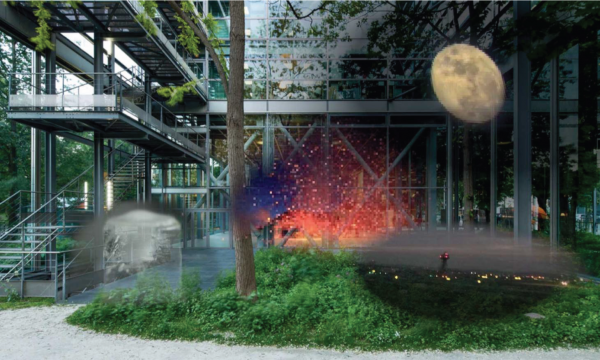 “‘One of the strangest, most radical things about the building is that it is a massive glass screen, a screen that you are kind of passing through.” Sze says, “It’s a gateway and then the interior and exterior are constantly flipping.” The timing of the exhibition allowed Sze to take advantage of the darker autumn nights, when the sun drops ‘the entire building will become like a mirage of spinning images, a large zoetrope’. Our Clearview film was essential in bringing this idea to life, allowing the images to appear on the windows to create a truly immersive installation.

Our Clearview Transparent Rear Projection Film allowed the exhibition to extend beyond the gallery walls, with visitors being able to enjoy the centrepiece from the garden at night and see the collection from a completely new perspective. Our holographic film was perfect for this project as it maintained the transparency of the windows whilst also providing a HD/4K surface for the projected images without taking the focus away from the installation, exactly how the artist had imagined. 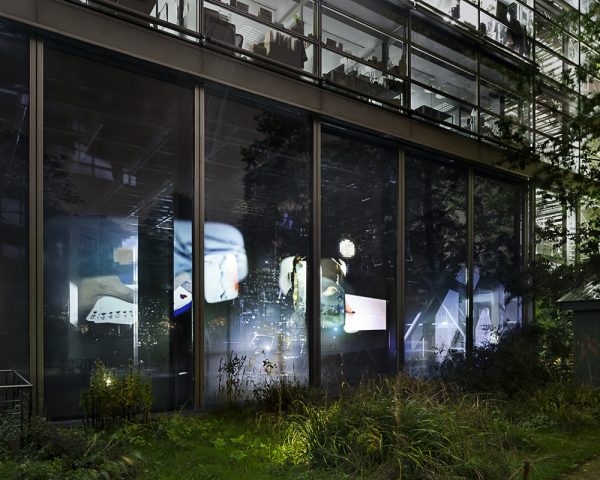 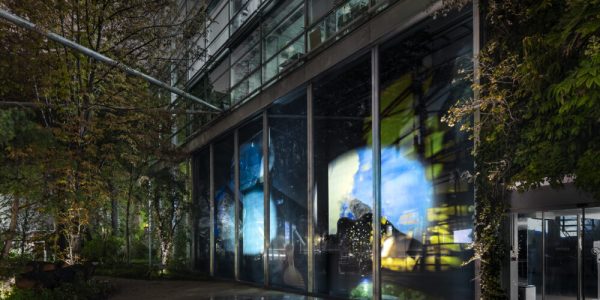 During the day however the lighting is more difficult to control and can impact the display, this is where the augmented reality aspect of the exhibit comes in. Sze’s work is already multi dimensional and offers a ‘walk through’ experience and now with the use of a smartphone, daytime garden visitors can experience the building at night, overlaying the night time display onto the existing view to see our Clearview film at its best. Sze knew like our projection film, AR would push the boundaries of the installation even more saying, ‘It was a way of activating the outside space, and you’re in nature but having this human-made experience. It was the first time I thought there is a need for AR here, to expand the experience of space, rather than let’s think up an AR project.’ 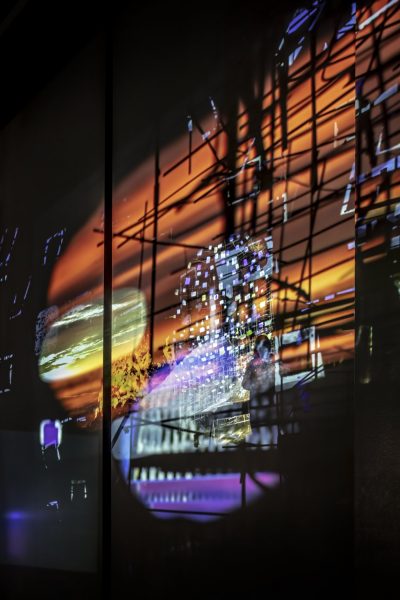 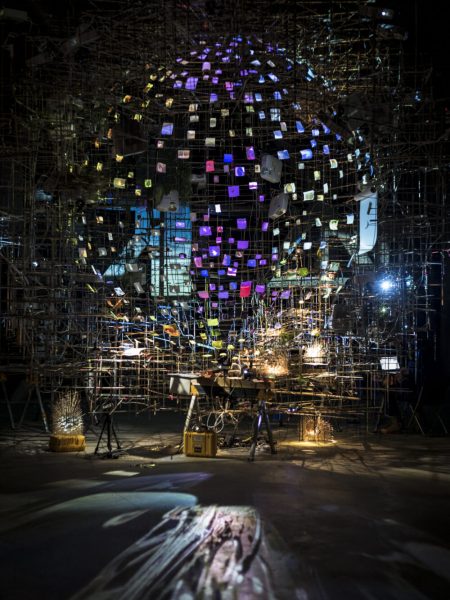 Both our Clearview and Clearvision transparent projection technologies are available as a self adhesive film that can be retrofit to any existing glass or acrylic surface as well as a rigid acrylic screen solution.

If you’d like to know more about our Clearview Holographic Projection film or any of our other transparent display technologies, please get in touch using the form below or call +44(0)1226 361 306.